Google bridges Android and iOS development with the new release

Google has recently launched Flutter that enables cross-platform app code by sidestepping the UI frameworks of both Android and iOS. The Flutter apps run on the Flutter rendering engine and Flutter framework, which are shipped with every app. The Flutter framework can efficiently handle communication with each operating system and can perfectly spit out Android and iOS binaries with native-looking widgets and scrolling behavior if desired. It’s like developing a video game app: you write for one game engine, those engines are packed with the game and various dictionaries which allow you to play the video game on different platforms. It’s the same thing with Flutter.

Flutter and Fuchsia: The path to Android’s replacement?

Flutter is Google’s mobile development track other than Android which is the world’s most popular OS system. Popularity doesn’t mean Google is willing to leave the OS alone, but there needs to be a competition and through Flutter Google is doing so. Google has brought flutter as the in-house competitor for the Android.

Flutter is a connecting path that ships its own app engine on Android and iOS, but in secret, Google is also developing an OS called “Fuchsia” that runs these Flutter apps natively. Yes, Google has Android today, but it is 10 years old and was designed before the world was sure that small screen, multi-touch, 60fps, iPhone-style smartphones were the future. On the same front, the Linux Kernel that powers Android is 27 years old and was originally designed for PCs. There’s a lot of legacy cruft in Android, it needs an update to be as per the current need.

“Flutter framework allows you to build the impressive native apps on iOS and Android from a single codebase”.

Everyone gets excited and gain a hype about a new operating system, but it’s important to restraint your expectation when talking about Fuchsia. The development started in 2016, and while today you can get Fuchsia up and running on some devices, it is nowhere near ready for prime time. Android was a planned release it took five years of development, testing before it came to market, with the benefit of starting with the Linux Kernel as a base; Fuchsia is starting from scratch. And thus readying the OS to be an Android replacement would hopefully happen in the next coming decade, hopefully by the year 2023.

Fuchsia still needs a long time say three to five more years for development time and the daunting task of building an OS from scratch, a successful Fuchsia release—or even surviving the development process—is an incredible long shot.

Conclusion: Flutter and Fushia is the Google development for building the same codebase for the Android and iOS mobile. It gives the power to the android developers for bringing a single code base that can be profoundly run on the iOS devices. It perfectly blends the path for Android and iOS custom app development. 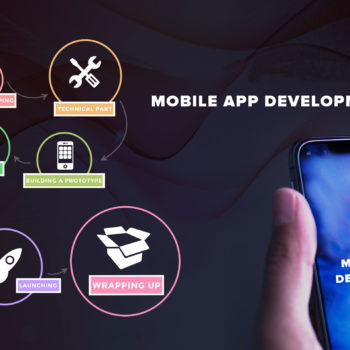 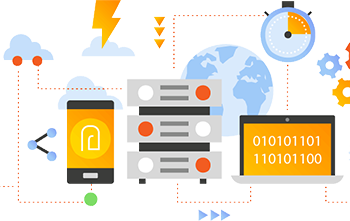 Want to transform your business? Connect to our experts now.