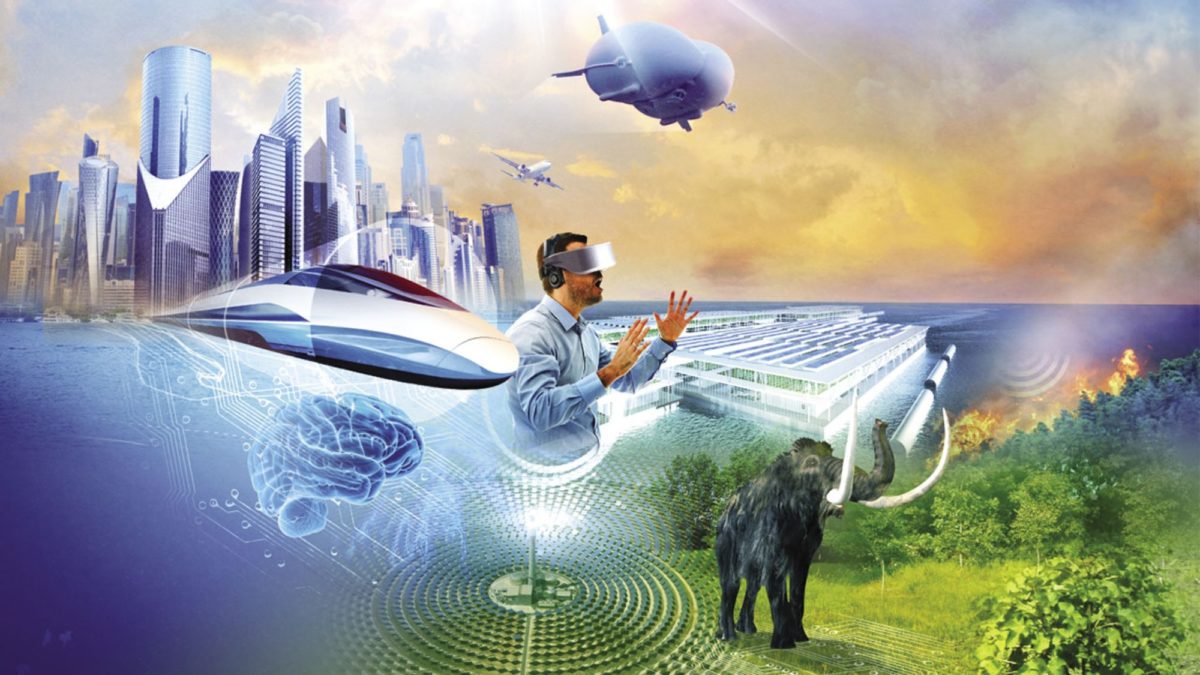 Virtual Reality (VR) refers to computer technologies that use software to generate realistic images, sound and other sensations to replicate a real environment (or create an imaginary setting), and simulate a user’s physical presence in this environment.

Augmented Reality (AR) is a live, direct or indirect view of a physical, real-world environment whose elements are augmented (or supplemented) by computer-generated sensory inputs such as sound, video, graphics or GPS data, etc.

1. By 2022, the Augmented and Mixed Reality market is predicted to expand to $80 billion.

3. In 2015, defense industry was the largest end-user of AR & VR products on account of increasing use of head-mounted display for training purpose, and of head-up displays for displaying information such as aircraft speed, altitude, horizon line, etc.

Robotics, an interdisciplinary branch of engineering and science that includes mechanical engineering, electrical engineering, computer science, and others dealing with the design, construction, operation, and use of robots as well as computer systems for their control, sensory feedback, and information processing, etc.

2. 40 % of commercial Robots will become connected to mesh of shared intelligence, by 2020.

4. 35 percent of the top enterprises in utilities, health, logistics and resources will explore the use of robots to automate operations by 2019.

5.The automotive sector buys 60 percent of all industrial robots sold in India.

Artificial Intelligence (AI) exhibited by machines.AI research defines itself as the study of intelligent agents: any device that perceives its environment, and takes actions that maximize its chance of success at some goal.

3. The industries that have invested the most in cognitive/AI systems in 2016 are banking and retail, followed by healthcare and discrete manufacturing.

4. Combined, these four industries have generated more than half of all worldwide cognitive/AI revenues in 2016, with banking and retail each delivering nearly $1.5 billion.

Cognitive applications spending is forecast to reach $18.2 billion in 2020.

Want to transform your business? Connect to our experts now.